An appellation with a character

Rich to discover with subtle wine and food pairing

« The range of aromas and the diversity of flavors, offers everyone the pleasure of enjoying their Castillon »

With an altitude difference of over 100 meters, three major types of terroir make Castillon an exceptional terroir.  Gravelly near the river Dordogne, the clay soils at the foot hills become clay limestone and limestone on the plateau. 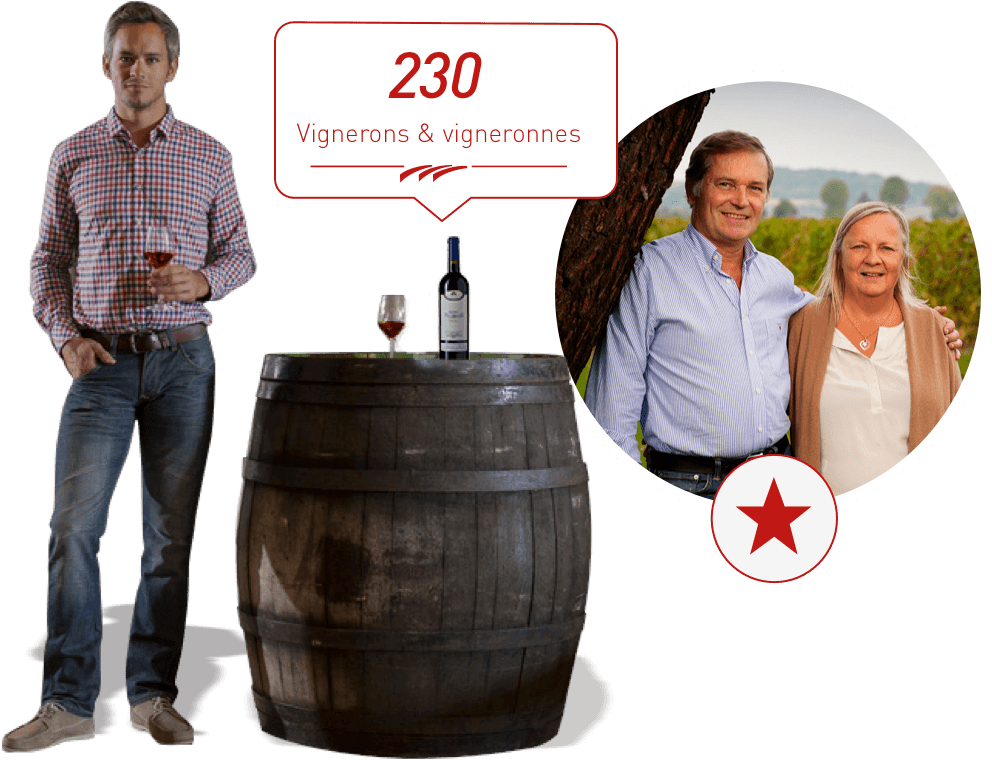 « A vineyard on a human scale »

230 families of passionate, committed, forward looking winemakers and as many different personalities to discover.

Men and women, who share the same values, respect for the terroir, the environment and the love of the profession.

Intimate properties of 10 hectares on average, which offer a privileged contact with the winemaker. 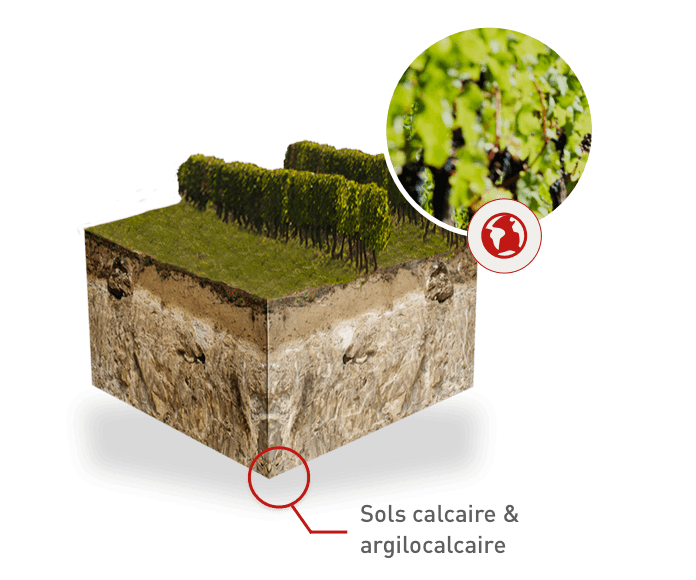 « A land known for its quality »

From the same limestone plateau as Saint-Emilion, east of Bordeaux, the wines of Castillon Côtes de Bordeaux enjoy a privileged location with a southern exposure and an altitude difference of more than 100 meters.

Gravelly near the river Dordogne, the clay soils at the foot hills become clay limestone and limestone on the plateau. 3 major types of terroir which offer the perfect solution for winemakers to produce and grow exceptional quality wines. 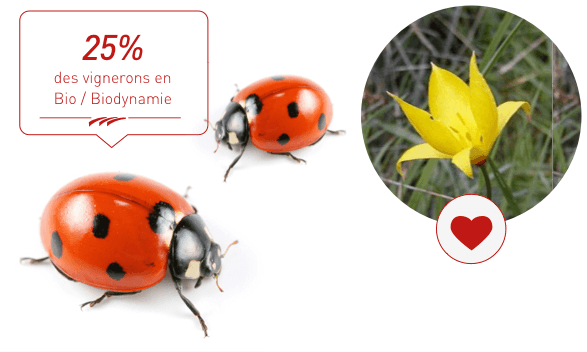 The appellation which counts a large number of winemakers committed to an environmental approach, of which 25 % in organic or biodynamic, has always been a forerunner in the protection of nature. (1st appellation in the Bordeaux area to set up a wine effluent treatment station in 2002)

The winemakers of Castillon Côtes de Bordeaux have always preserved the biodiversity respecting the natural balance between woodlands and vineyards. 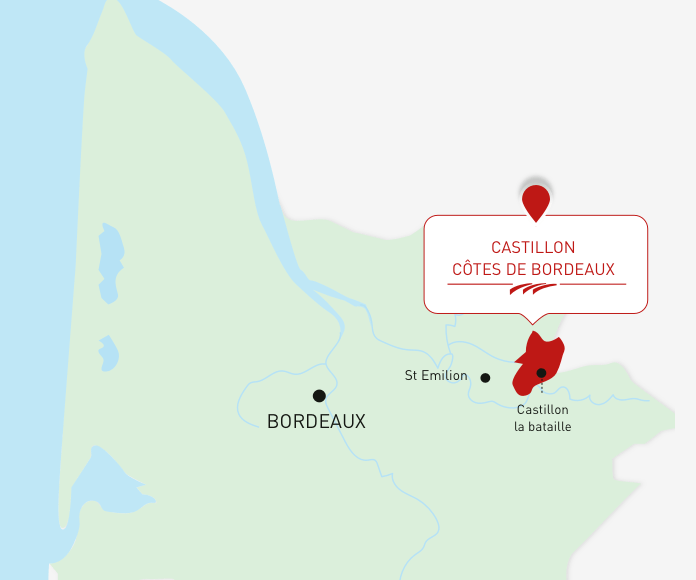 With an altitude difference of over 100 meters, three major types of terroir make Castillon an exceptional terroir.  Gravelly near the river Dordogne, the clay soils at the foot hills become clay limestone and limestone on the plateau 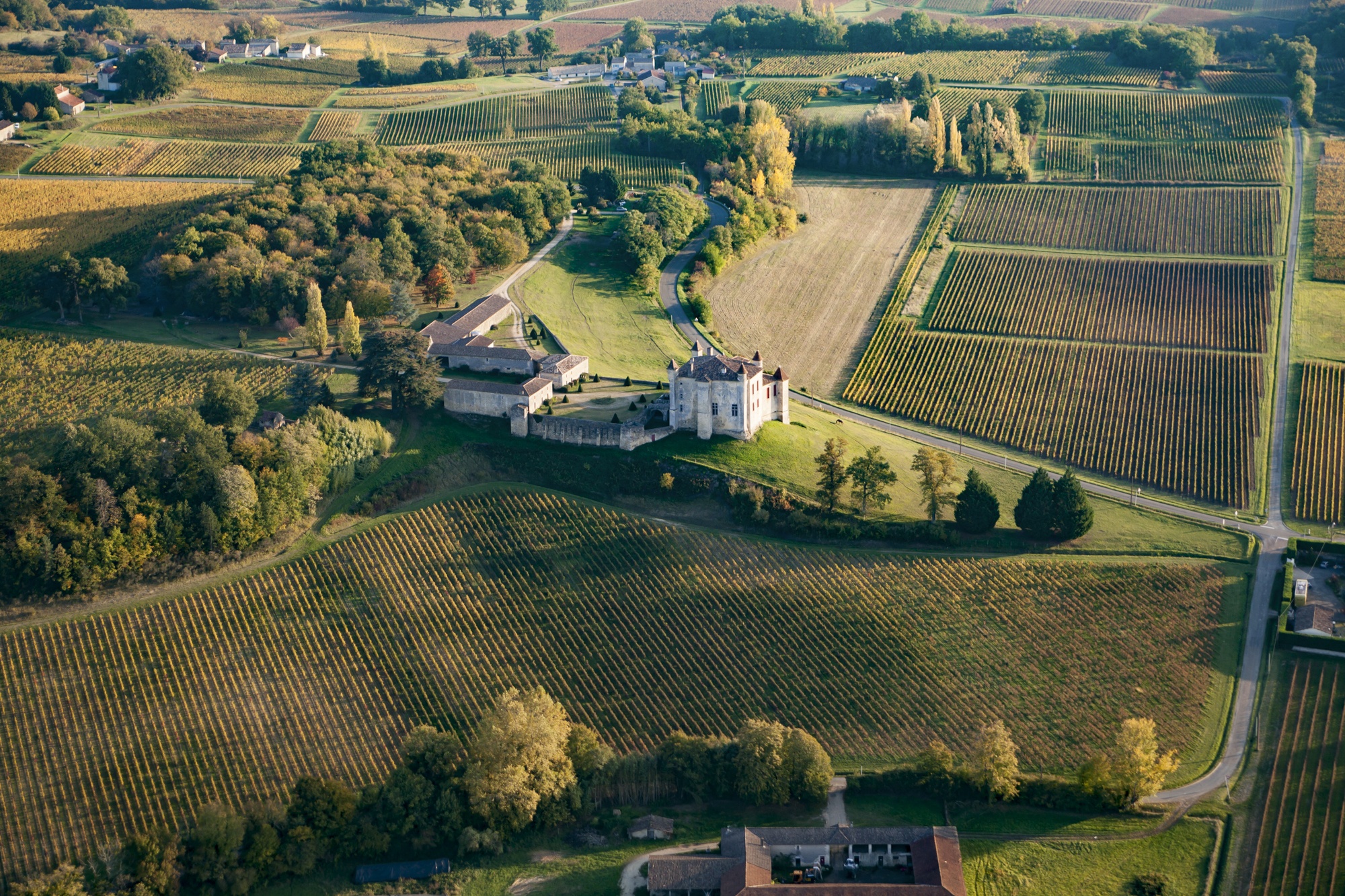 Vineyards have been planted in this area since ancient times. From the 2nd century the Romans planted the first plants of Vitis Biturica. We know by the writings of Ausone in the 4th century that the wine from these vineyards was well known as far away as Rome.

The landscapes of the vineyards, harmonious sequences of valleys, hills, woods and groves are the fruit of the slow action of maritime and fluvial erosion.

This action, through thousands of years, has formed the rich soils and terroir that make up our appellation.

This geological wealth and the ideal weather conditions are the cause of the diversity and excellence of the wines from Castillon Côtes de Bordeaux. 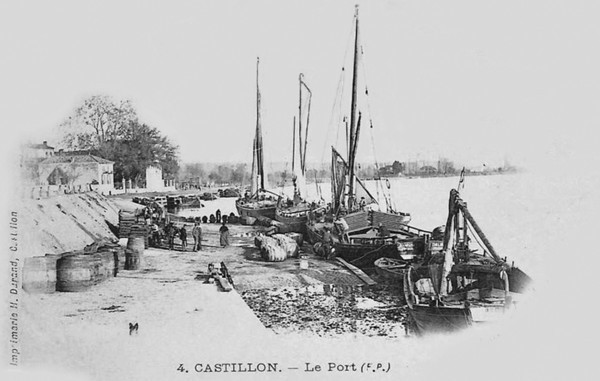 « from Vth to XVth century »

The real wine boom began in the Middle Ages, with the marriage of Eleanor of Aquitaine and Henry Plantagenet, the town of Castillon became a real port and an important fortress was built on the banks of the Dordogne river. The tow paths and barges allowed the exportation of our wines not only to England but also to Holland.

According to Bernard Ginestet “In the XIII century, these wines were highly regarded and were charged by entire boat loads to England. They were also distributed locally and constituted the luxury consumption of the Bordeaux aristocracy whilst the Medoc vineyard were practically non existents” 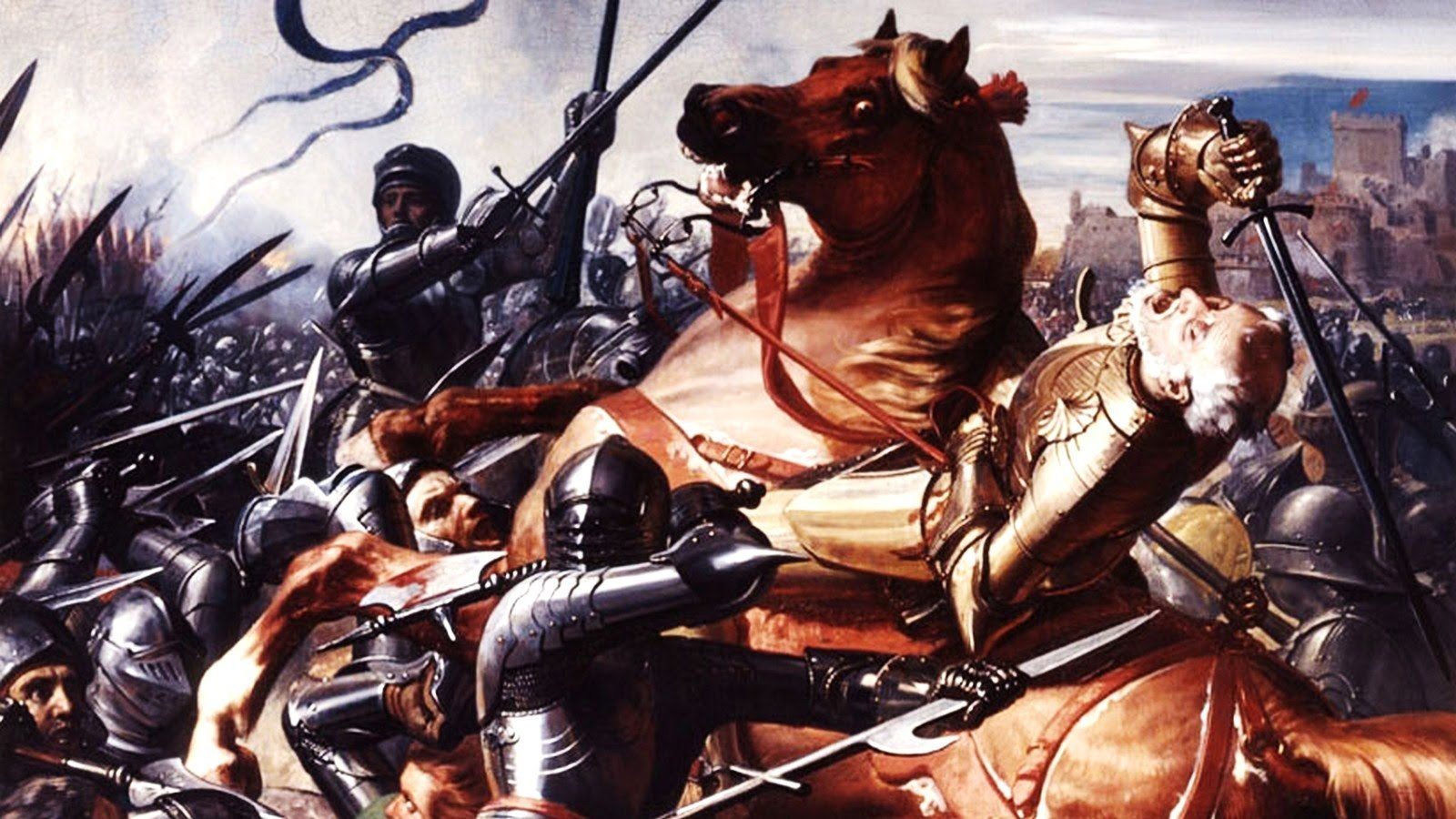 « The battle of Castillon »

In the middle ages, the viscounts of Castillon, powerful characters had a very important political weight.

By the fact of royal weddings, Aquitaine became a rich English province, attracting the envy of the French kings. A long conflict began… the hundred year’s war.

In 1453, The Battle of Castillon, ultimate battle of the hundred year’s war put an end to the English domination after 300 hundred years of rule. The battle signed the death of the General Talbot, head of the English troops and the reconquest of Aquitaine by Charles VII.

Before the creation of the appellations d’origine contrôlées (AOC) in 1935, the wines produced in this region of Libourne were long sold under the name “Près (near) Saint-Emilionnais”. 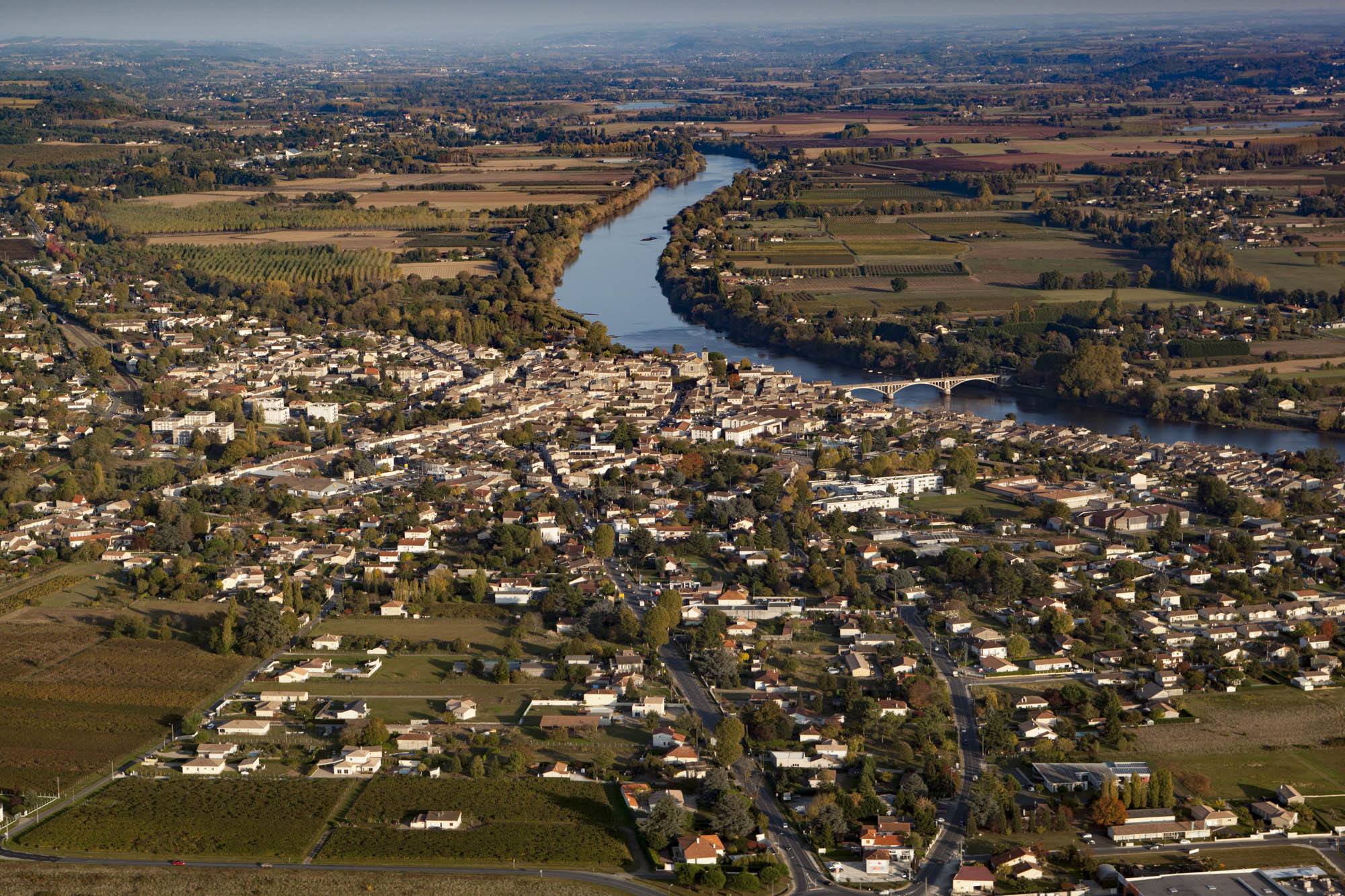 Since 1935, with the official establishment of zones of Appellation, was born the geographical area of the appellation, known today as “Castillon Côtes de Bordeaux”. 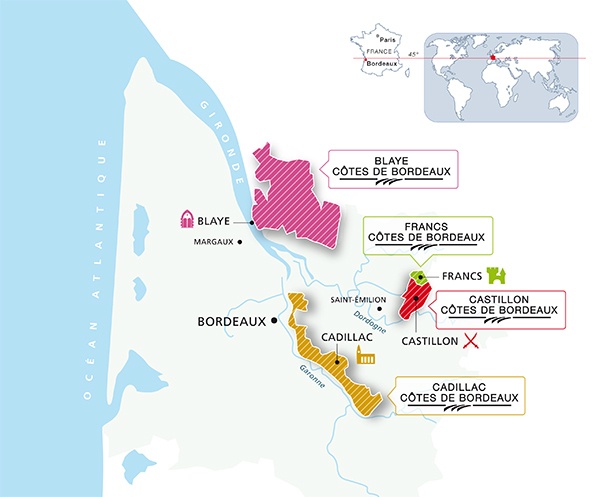 Since the vintage 2008, the Côtes de Castillon with three other Côtes of Bordeaux (Blaye, Cadillac and Francs) have formalized their union under the common name of “Côtes de Bordeaux” whilst preserving the specificity of each of the members.

The Last Great Battle of the Hundred Years’ War

A moment of escape in the heart of the vineyards